Rani Ki Vav 360 Degree Video: Rani ki Vav (The Queen’s Stepwell) is a wonderful example of a Royal Step Well near Patan, Gujarat, which was built between 1022-1063 AD. It is located on the banks of Saraswati River and was built as a memorial to an 11th century AD king Bhimdev I. Rani ki vav was built in the complex Maru-Gurjara architectural style with an inverted temple and seven levels of stairs and holds more than 500 principal sculptures. 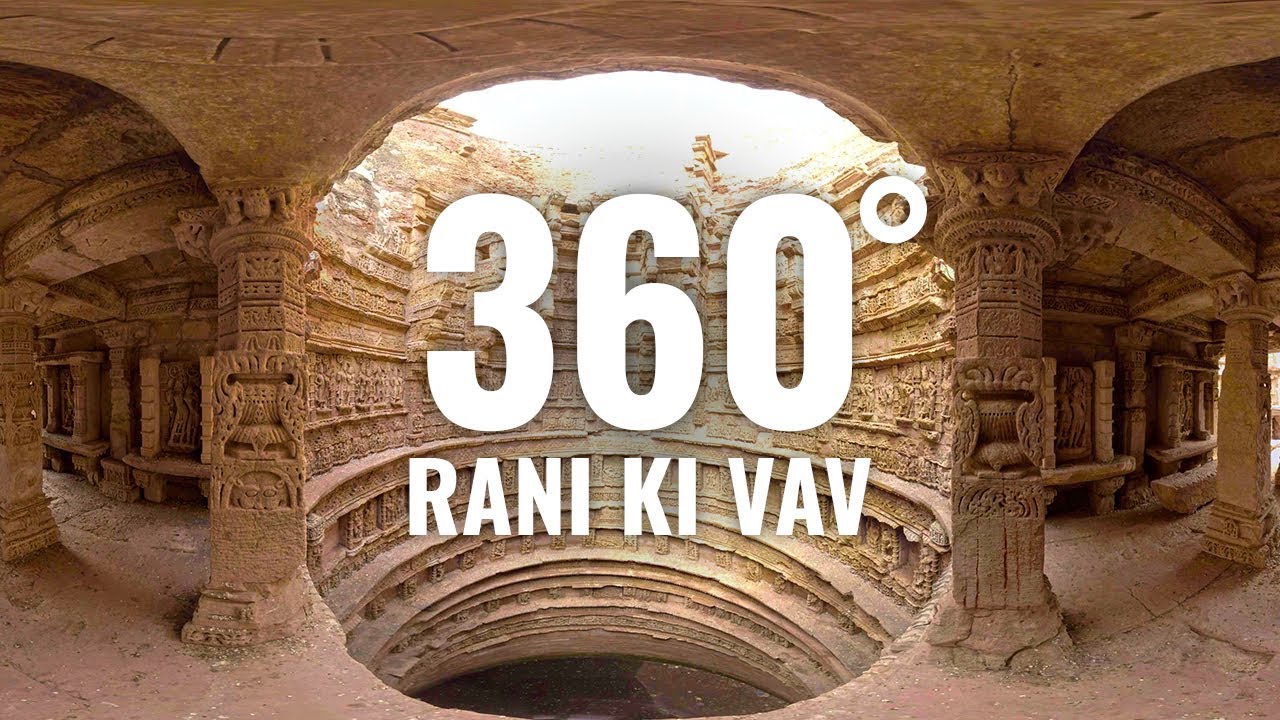 The only real sign of Patan’s former glory is this astoundingly beautiful step-well. Located on the banks of the Saraswati River, this is one of the oldest and finest stepwells in Gujarat and is remarkably preserved. Steps lead down through multiple levels with lines of carved pillars and more than 800 sculptures, mostly on Vishnu-avatar themes, as well as striking geometric patterns. The stepwell is made in the form of an inverted temple. It showcases superior craftsmanship of the era, and the unique Maru-Gurjara architectural style and houses sculptures similar to the Vimalavasahi temple in Mount Abu and Sun temple at Modhera. 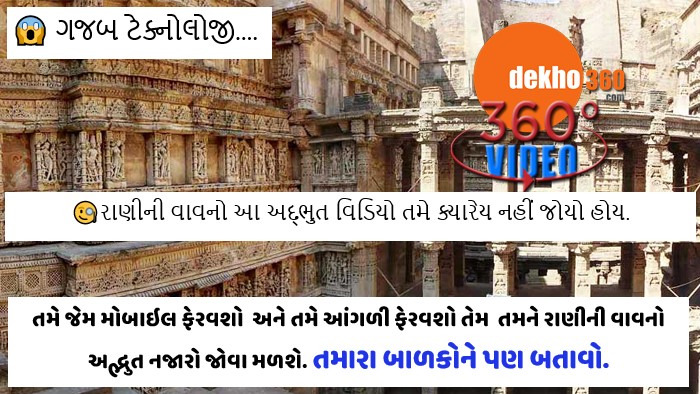 The stepwell was built in 1063 by Rani Udayamati of the Chaulukya Dynasty to commemorate her husband, Bhimdev I. A 1304 composition of Jain monk, Merutunga, mentions that Udayamati, the daughter of Naravaraha Khangara, built this stepwell at Patan. The same composition also mentions that the stepwell was commissioned in 1063 and was completed after 20 years. Archeologists Henry Cousens and James Burgess visited it in 1890s when it was completely buried under silt and only the shaft and few pillars were visible. The stepwell was rediscovered in 1940s, and the Archeological Survey of India restored it in 1980s. The stepwell has been listed as one of UNESCO’s World Heritage Sites since 2014.

How to get there?

Also Check: INS Vikramaditya – The latest and largest ship of the Indian Navy

By Road
Intercity buses from Ahmedabad to Patan take 3.5 hours, and 1 hour from Mehsana. Shared jeeps are slightly quicker, but less comfortable.

By Train
The train can take you as far as Mehsana (1 hour). From there you will need to catch a bus to Patan.

By Air
The nearest airport from Patan is Ahmedabad, situated at a distance of 125 km. The airport here, in turn is connected to International and Indian cities. Patan has a railway station for easy access.